As an extension of the “At Second Glance” project of the Austrian Cultural Forum, artists Pira Tin and Tijana Petrovic will hold a workshop within the art platform of the Mixer Festival “Black Box” during which they will present their work and exchange experiences with young authors from the region. The online platform “At Second glance” was created in the year when it marks the 20th anniversary of the founding of the Austrian Cultural Forum Belgrade, as well as the 185th anniversary of the establishment of diplomatic relations between Austria and Serbia. It is conceived as an exhibition space for thematic and curated art content, which in the initial phase consists of works by ten visual artists from Serbia and 10 from Austria who arrived for the competition that is being announced for this occasion.

The print “Malo morgen” (screen printing on parts of the Austrian map, printed with the support of the Matriarchy in Belgrade, 12 x 21.5 cm, 2020) deals with the cultural intertwining of Serbia and Austria that becomes visible through language. A language can really say a lot. Serbian and (Austrian) German share a large number of words – reminiscences of history, references of intercultural exchange. Some of these linguistic connections date back to the time of the Austro-Hungarian Empire, some are an indicator of emigration movements triggered by economic reasons or wars in the former Yugoslavia. During her stay in Serbia, the author was often surprised to discover common words. The phrase “malo morgen” attracted her attention as a linguistic remix: the word “malo” is in Serbian and means “little”, the word “morgen”, which means “tomorrow”, in German. These words combined, form a speech figure which means that there is a very small chance that something will happen. During a walk through Belgrade, she found a crumpled map at the landfill. She picked it up with excitement, expecting something exotic. What followed seemed to be a joke – it was a map of Austria. What a suitable surface to print “malo morgen” on it! 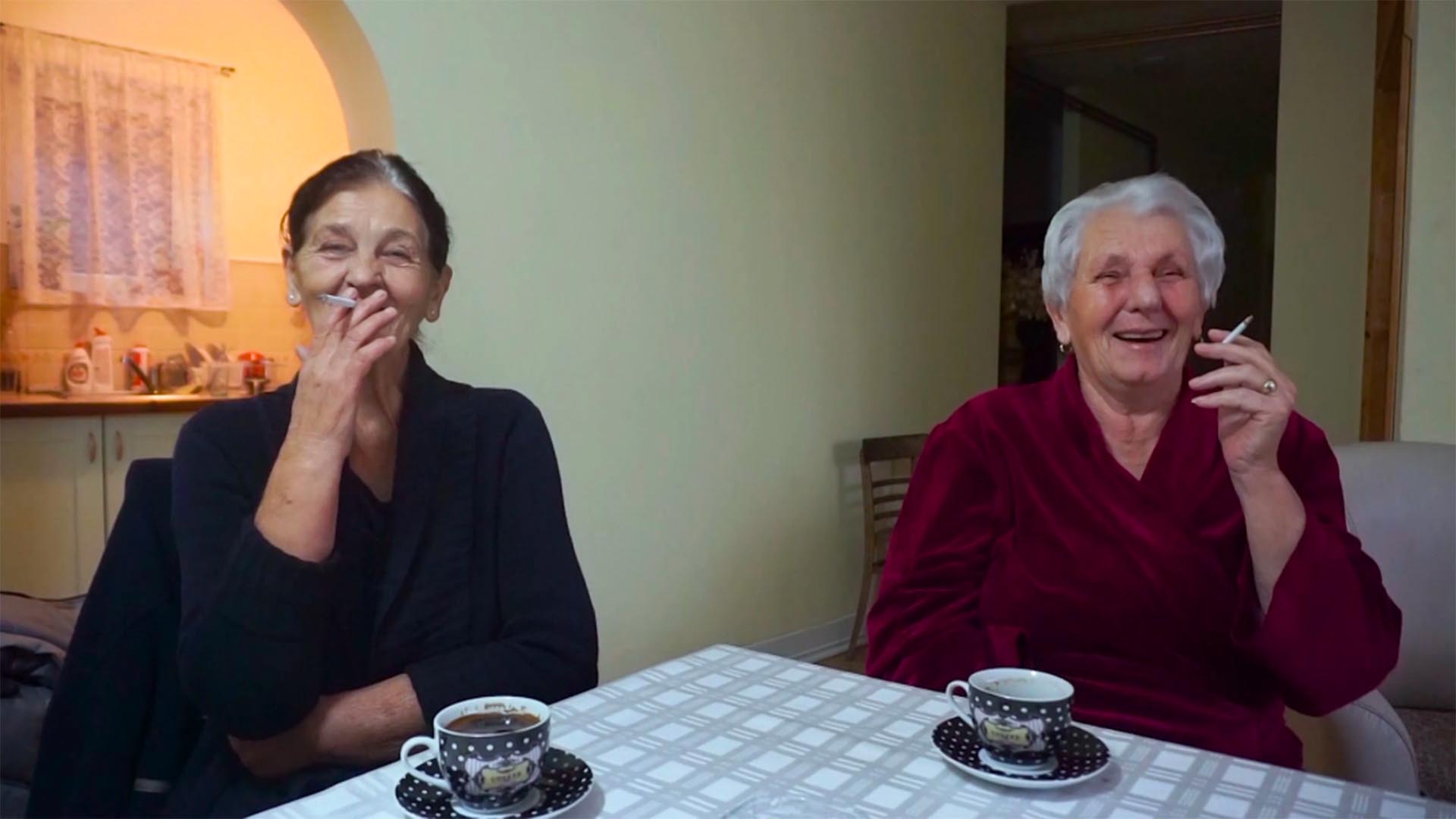 Wien WieN (Vienna Vienna) is a video work showing different attitudes towards Austria and the self. The dominant opinion is the opinion of grandmother Milka, who was in Vienna and whose experiences are intertwined with the idea of ​​the ideal Other. Other opinions are expressed through the comments of grandmother Milena, who has never been to Austria, and through the laughter of other family members who listen to grandmother Milka with a dose of caution. The prejudices that appear here concern both Serbs and Austrians. About Austrians, prejudices are positive and utterly ideal. Austria appears as a utopia, while Serbia is presented as a negative example. However, there are splits in the story. Through Baba Milka’s speech, it is clear that she does not fit into that utopia, as well as that she belongs to the Serbian rural discourse. This paper presents an identity gap with which everyone can identify. Baba Milka is divided between two cultures. On the one hand, she wants to be a part of the urban environment of Vienna, but on the other hand, she confirms some notions about Serbs and their culture with her own presentation.

The Austrian Cultural Forum Belgrade, as the “Embassy for Culture”, implements the Austrian foreign cultural policy in Serbia. The focus is on presenting innovative and creative aspects of Austria in Serbia and networking of Austrian and Serbian cultural envoys.