Mikser Festival is an annual cultural event promoting innovative, sustainable and socially engaged ideas in design, architecture, urban planning, new technologies, art, music, and communications. It was founded in 2009. by a group of enthusiasts coming from the fields of architecture, design, theater, communications and music, eager to expand exchange with artists and experts from other creative and innovative disciplines. The Mikser Festival evolved from the Ghost Project exhibition discovering young design talents which appeared for the first time at the Belgrade Design Week in 2006, and ever since has evolved into a prominent platform for young international designers.

Mikser Festival features lectures, competitions, workshops, exhibitions, concerts, films and theater plays and it occurs once a year in Belgrade at the end of May or the beginning of June, and usually lasts three days. The first was held in the Zitomlin silo in Belgrade’s Dorcol district. It was subsequently held in Belgrade’s once-neglected Savamala industrial zone to help revitalize the area, before returning to Dorćol in 2017.

Organizing 12 editions of the festival, the organization Mikser initiated the revitalization and further development of four locations, representing more than 6000 professionals and artists from around the world through more than 650 projects, which attracted a total of almost 500 000 visitors.

The festival is part of the Mikser umbrella organization, which ran independent culture center Mikser House in Belgrade and Sarajevo, as assistance to refugees Miksaliste in Savamala. The collective also runs the creative studio remix and Young Balkan Designers platform, as well as, numerous international projects focusing on issues of sustainable urban development, multicultural exchange, and gender equality. 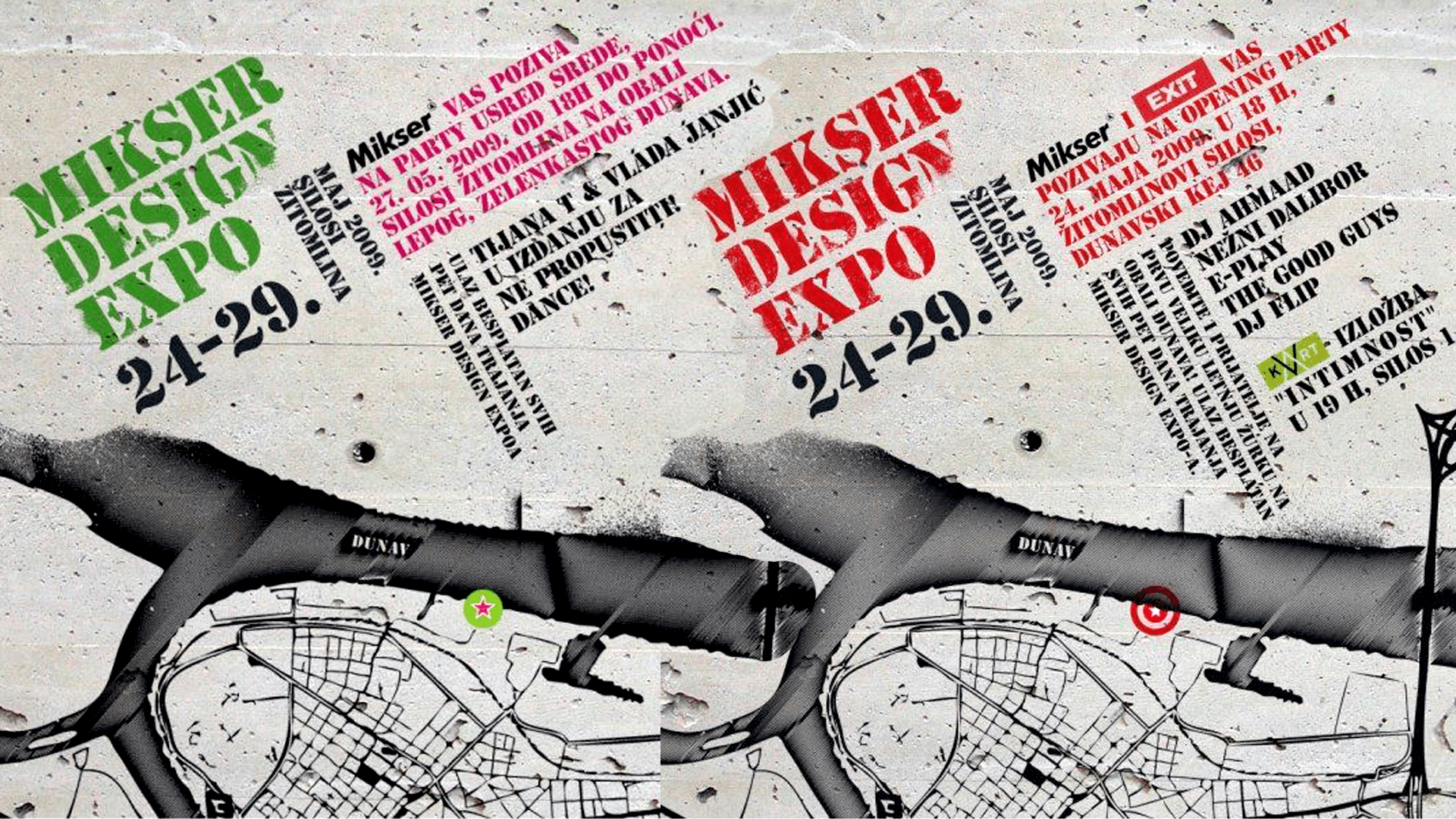 The role of designers is to build bridges between needs and aspirations. “Mikser design expo” filled the lack of content of the existing domestic fairs where the products of the domestic and regional creative industry are presented. It all started with the Ghost project “New Spirituality”, which pointed out that our industry does not use young forces and talents to design products, but young innovators are left to themselves and the virtual space. 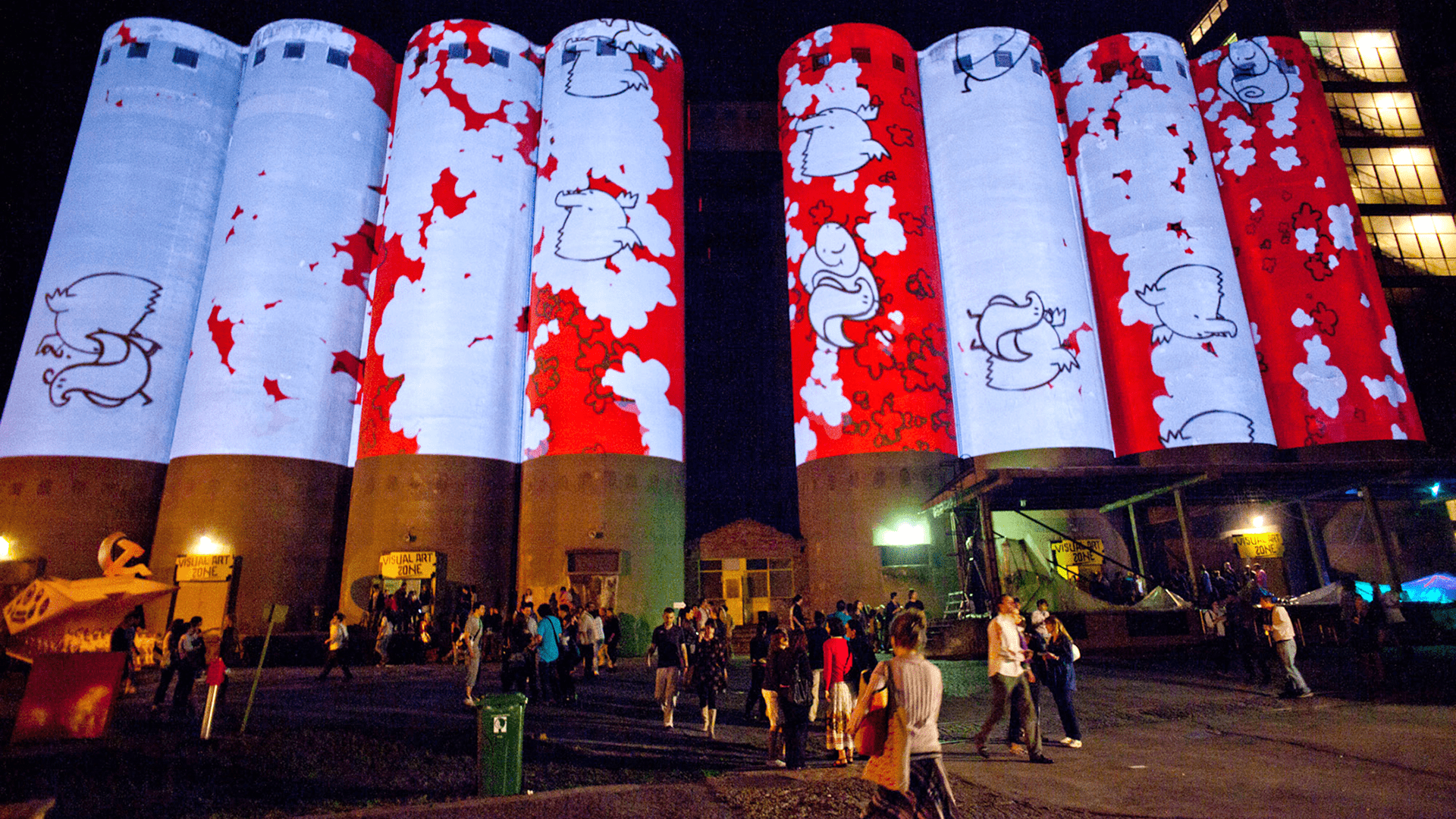 The first “Mikser” festival, which unites several artistic directions, was held on the premises of the “Zitomlin” company in Donji Dorcol. During five days, it was held through cultural, entertainment, and educational contents, through five program units, Art and Talent zone in silos, Expo and Educational zone in warehouses, Party zone on the bank of the Danube behind silos. There was also a special Contact Zone in which local, regional, and world experts, designers and architects, sociologists and psychologists, eco-activists, and people from business and the media were gathered around current topics. 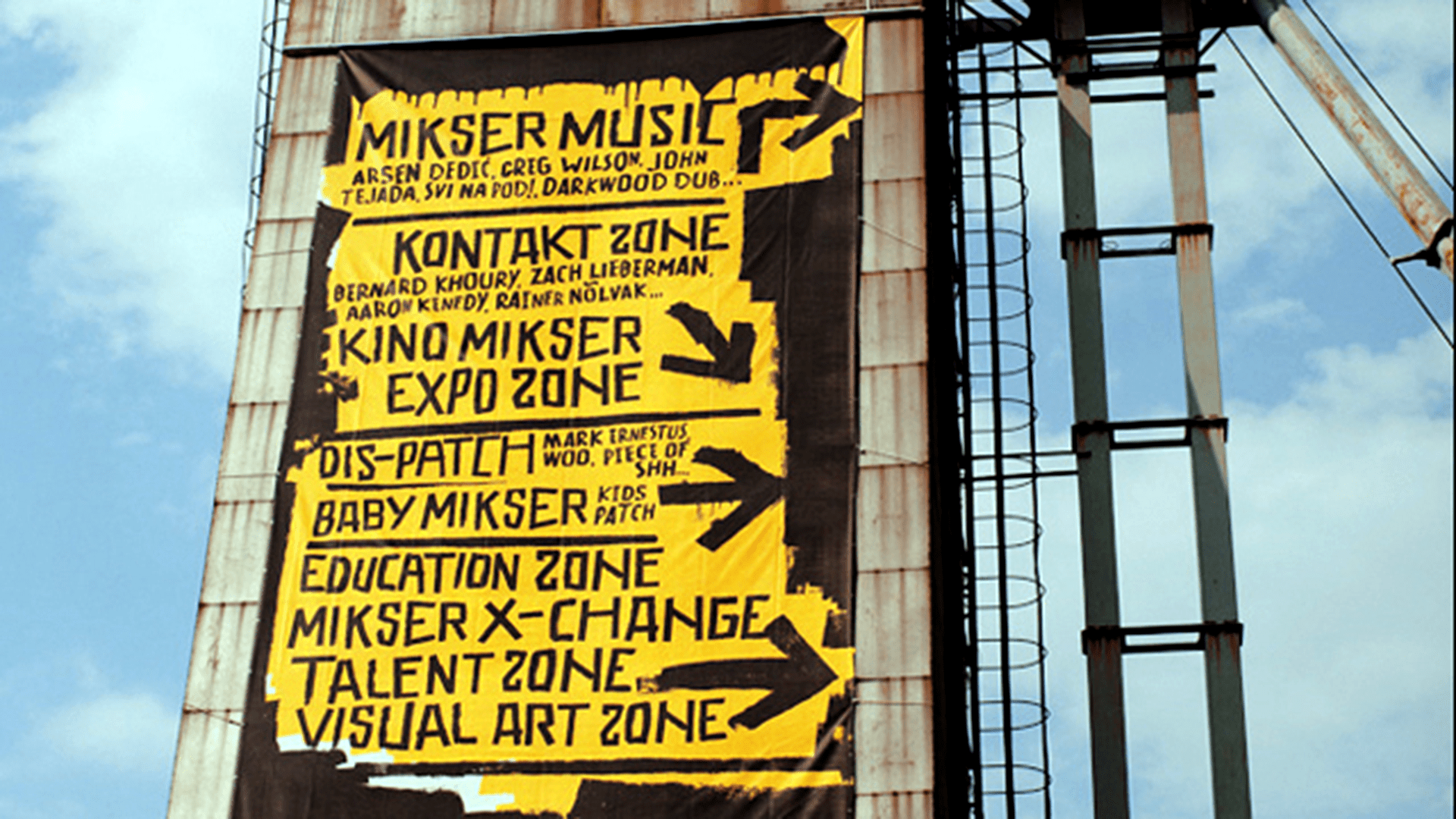 The largest regional festival of creativity and innovation, the Mikser Festival, was held with more than 80,000 visitors from the country and the region. The concept was marked by the twenty-fifth anniversary of the disintegration of the SFRY as an inspiration for the possibility of parallel reading of history and the establishment of new relations in the region. The festival was opened with a performance by the famous Arsen Dedić. Within 14 program units, about 1,500 participants active in the field of design, architecture, environmental protection, new media, visual arts, music, film, education, business, social and political life were presented. 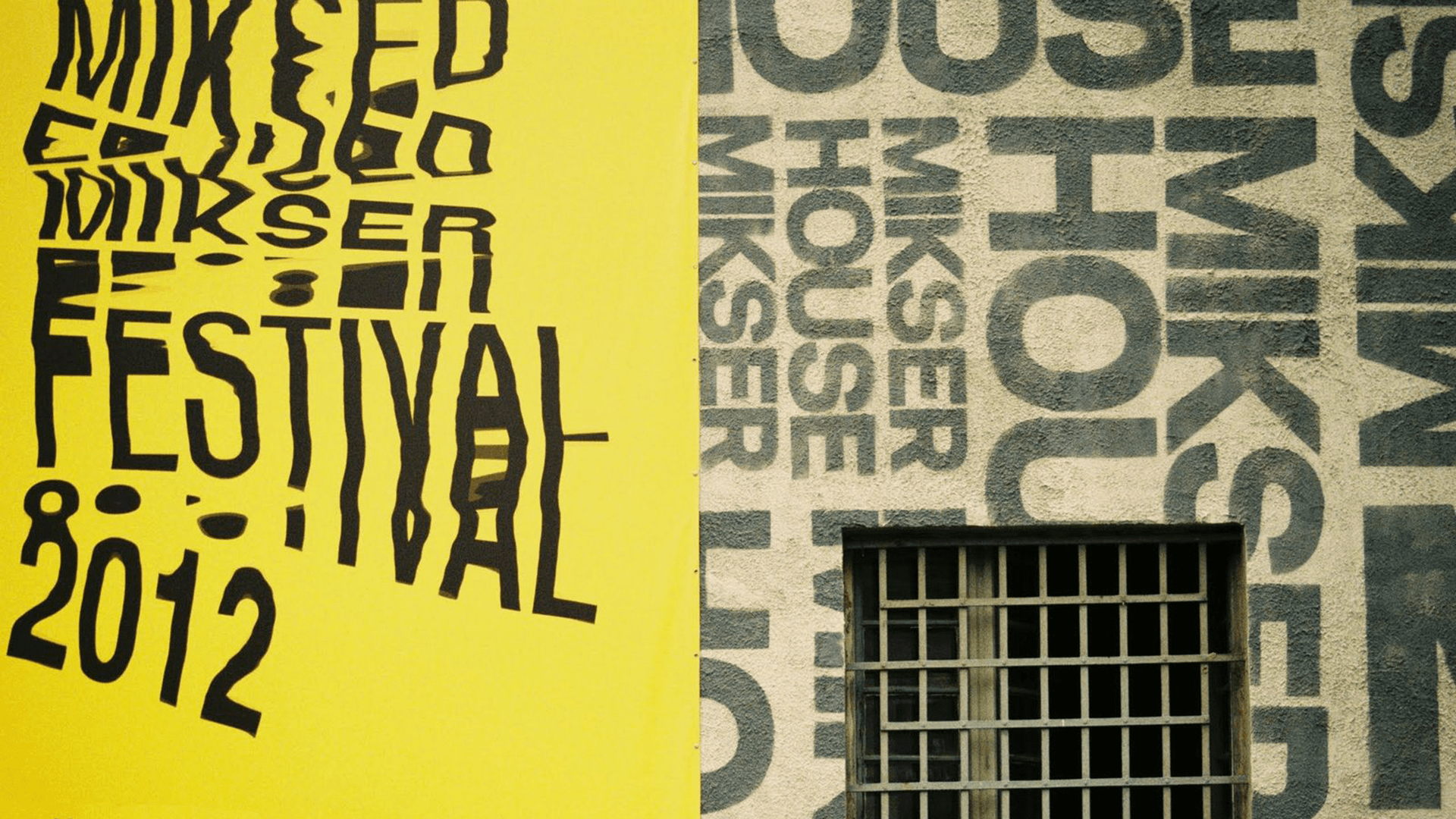 Mikser Festival 2012, a regional festival of creativity and innovation, is being held for the fourth year in a row this time at a new location – an exciting but neglected district in the heart of Belgrade, Savamala. The complex program of the festival consists of a network of over 50 independent, transdisciplinary authorial, and curatorial projects.

Thanks to a large number of successful regional and international competitions for young talents, such as the design Ghost Project and Young Balkan Designers, the architectural competition for Urban Bundle, the music Garage Roll Call, and many others, the Mikser Festival presents hundreds of young talents side by side with world experts in the field of design, architecture, urbanism, visual arts, music, new media, education, environmental protection, justifying the status of the largest festival of creativity and innovation in the region. 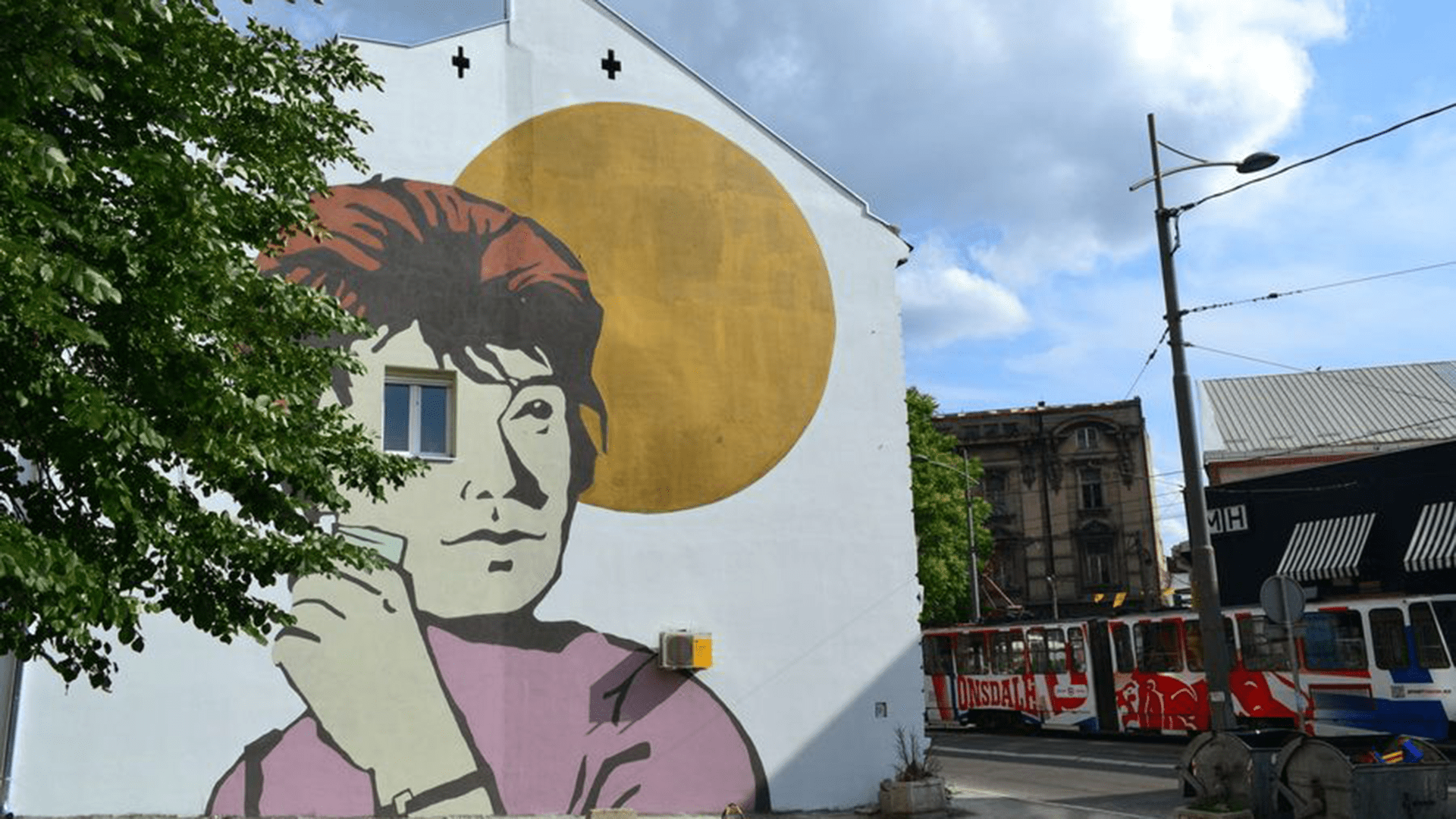 The fifth jubilee Miker Festival was held for the second time in the Belgrade district of Savamala, which with its intriguing character and history defines the nature of the festival. The former shopping center of Belgrade, where some of the most beautiful buildings of Balkan architecture of the 20th century were erected, Savamala has been neglected for decades and left to heavy freight traffic. Inspired by the image of Savamala, the Mikser Festival chose TRANZIT as its central theme. The festival is branded by Volker Albus, one of the most important protagonists of the new German design, Slovenian artist and architect Marjetica Potrč, as well as music producer Seymour Stein, the main “culprit” for the popularity of punk, New Wave, and Madonna.

One of the leading programs of the festival is the international platform Ghost Project, a review of design talents that have been intensively contributing to the establishment of dialogue and exchange between designers from countries in the region and the world. One of the panel discussions is dedicated to designing in the former Yugoslavia, then and now – Design interrupted: Bridging the Gap between Yugoslav Industrial and Contemporary Balkan Design. 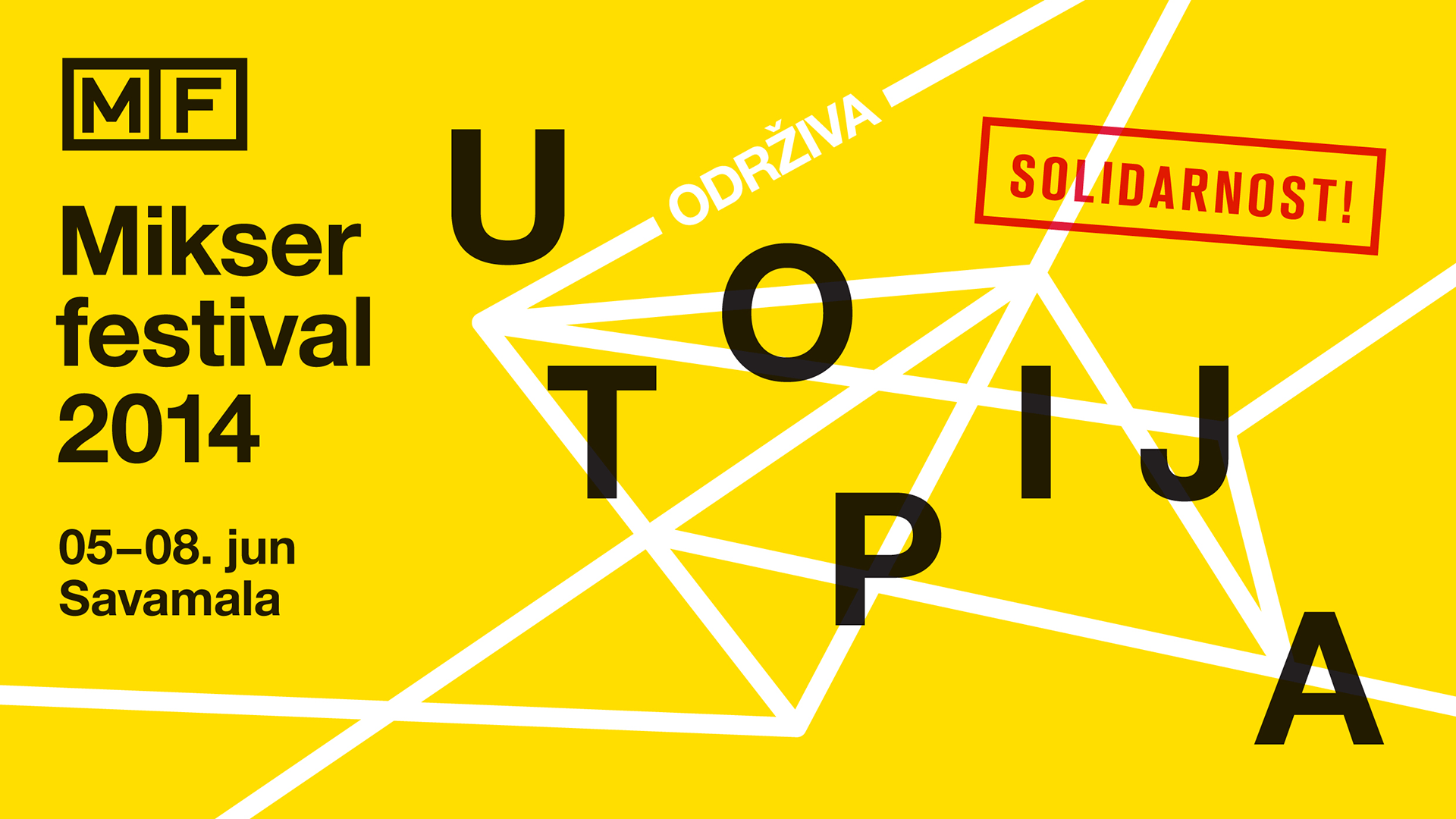 The Mikser Festival, the largest regional festival of creativity and innovation, was held for the third time in Belgrade’s Savamala district, under the slogan “Sustainable Utopia”, strongly colored by the theme of solidarity. The thematic units of the festival, with a distinctly activist character, were in line with the recent natural disaster that struck the region and put in the function of civic solidarity and association. In addition to specific actions of collecting aid and funds for the victims, the label “Solidarity!” of the Mikser Festival was carried by the educational and debate program of the platform “Mikser Talks”.

World-renowned experts such as Russian street artist and writer Misha Most, Daniel Cosentino, artist and lecturer at the American University in Kosovo, John Sudhir Horo, director of IdeaWorks Design & Strategy from India, and many others shared their valuable experiences in these fields.  The Mikser Kids segment is also colored by solidarity, encouraging children and parents to help the endangered population through numerous creative activities.

Long-term initiatives such as Mikser’s collaborative European project “Urban Cooks”, which was realized in cooperation with the Spanish activist architectural organization “Basurama”, offered their vision of “Sustainable Utopias” and solidarity within the “Smarter Cities” program. 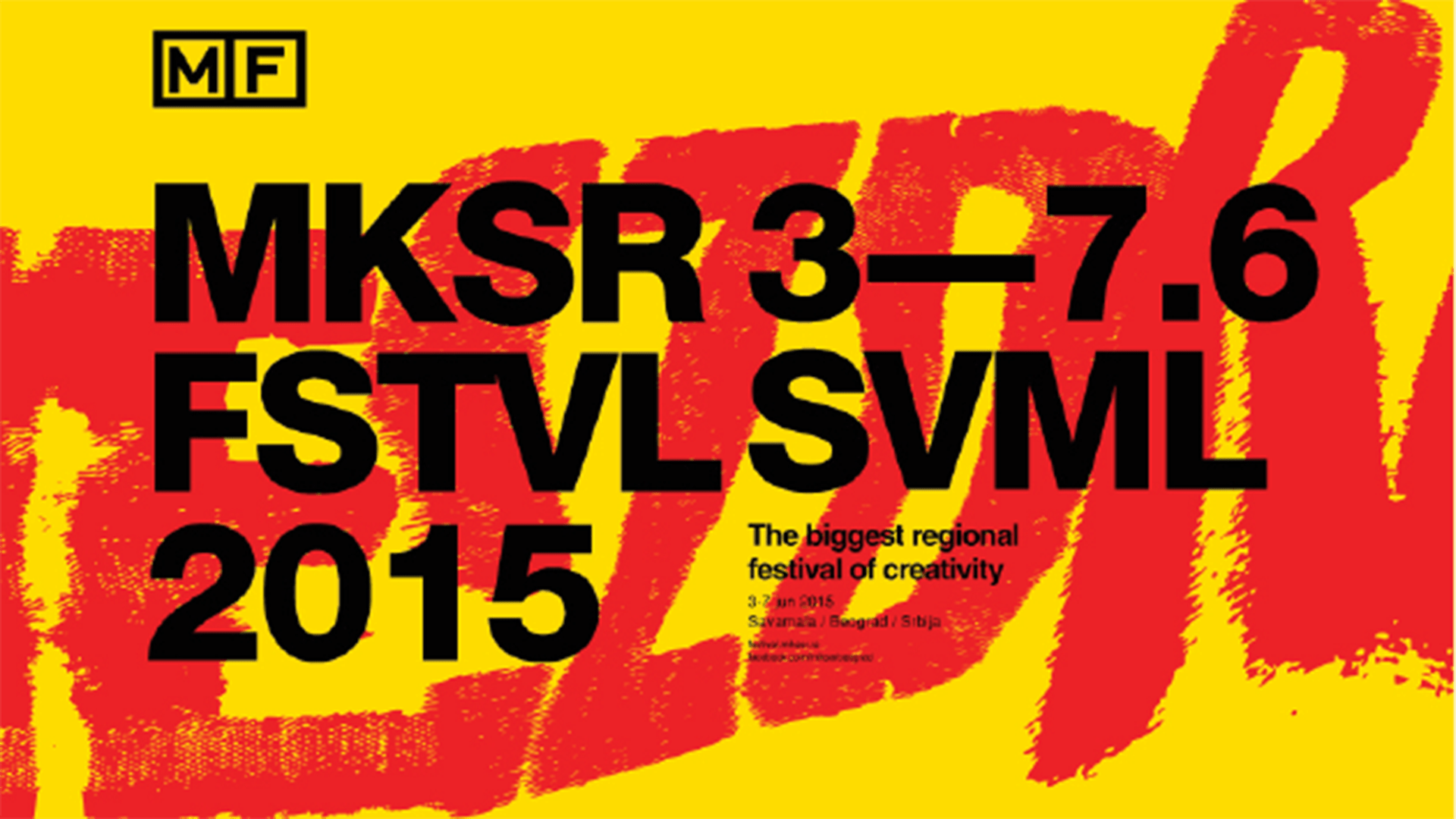 The slogan “Itch” marked 2015. festival, representing an unstoppable force of uniting young and creative individuals to build a humane and modern society. The festival had more than a thousand participants from Serbia, the region, and the world. The art program highlighted the independent scene, with the presentation of cultural centers and movements from all over Serbia, which acquainted the audience with its vision of the state of “itch” and point out the importance of decentralization of the cultural scene. The emphasis was on the artistic form of the performance, as well as street art, within which the project New Colors of Belgrade was realized.

The core of the festival program is the newly established Balkan Design Network (BDN) initiative, with the idea to provide strategic support to the development and promotion of Balkan design, as well as to raise awareness of the importance of design in social and economic development processes.

The regional competition Young Balkan Designers was opened by Konstantin Grcic, a renowned industrial designer. The absolute star of the festival was the famous architect Rem Koolhaas. 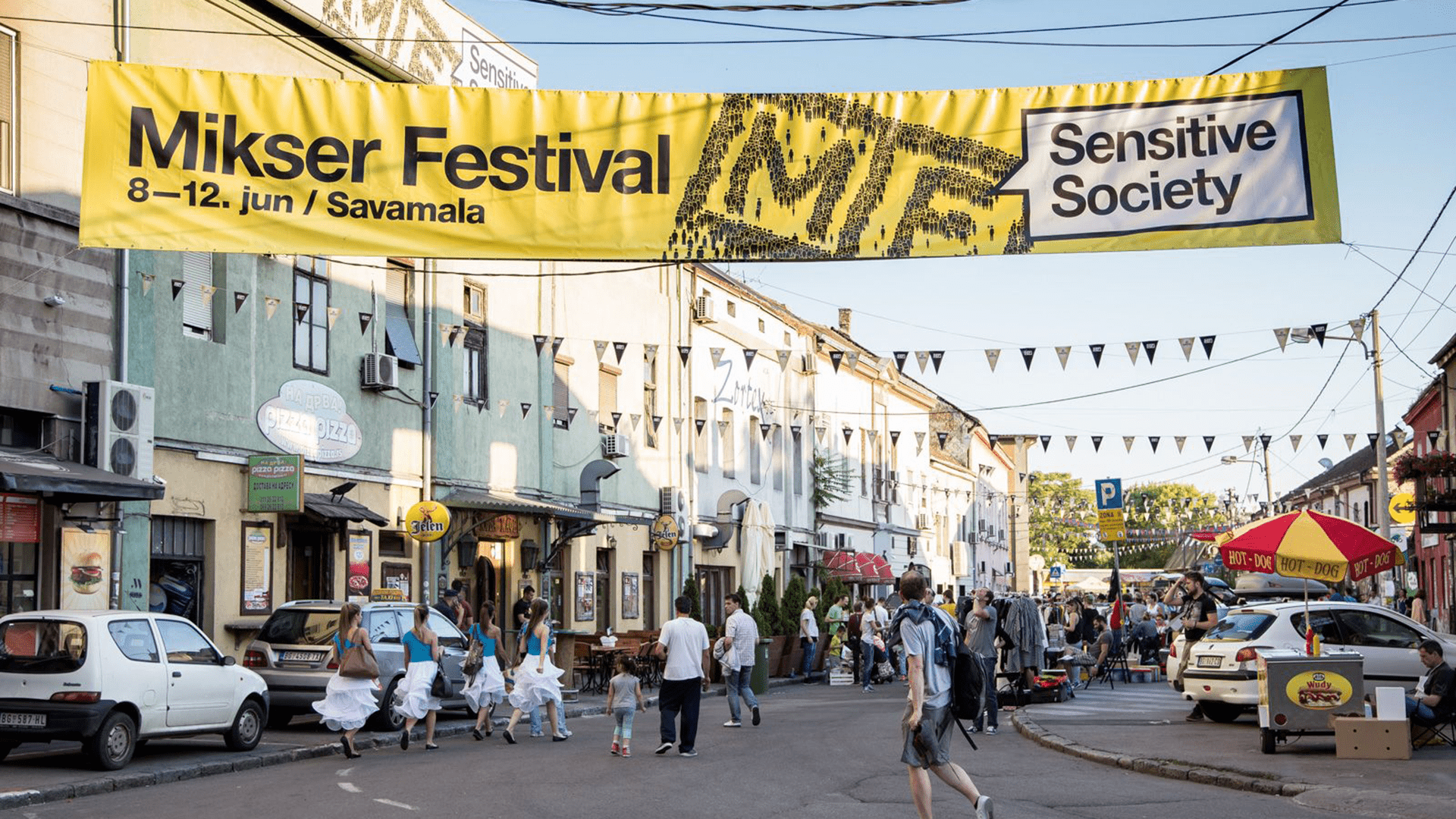 Mikser Festival 2016. under the slogan “Sensitive Society” happened with the support of the EU Delegation to Serbia and the EU Info Center, was strongly colored by the themes of gender equality and women’s creativity, social equality, open dialogue, multiculturalism, and more efficient conflict resolution.

The audience was introduced to the visionary ideas of female authors, especially from the domain of architecture and design, which significantly contributed to the improvement of our everyday life, but their contribution remained insufficiently known or completely unknown.

Continuing the efforts carried out by Refugee Aid Miksalište since August 2015, the Mikser Festival 2016. dealt with the topics of integration of refugees into European society and humanization of the refugee crisis. Through various programs and competitions to design concepts for humanity in exile, the festival presented ways in which design can influence crisis resolution, through workshops presented the first steps in the integration process, while the exhibition program brought closer personal stories of people who go through our city to the audience. 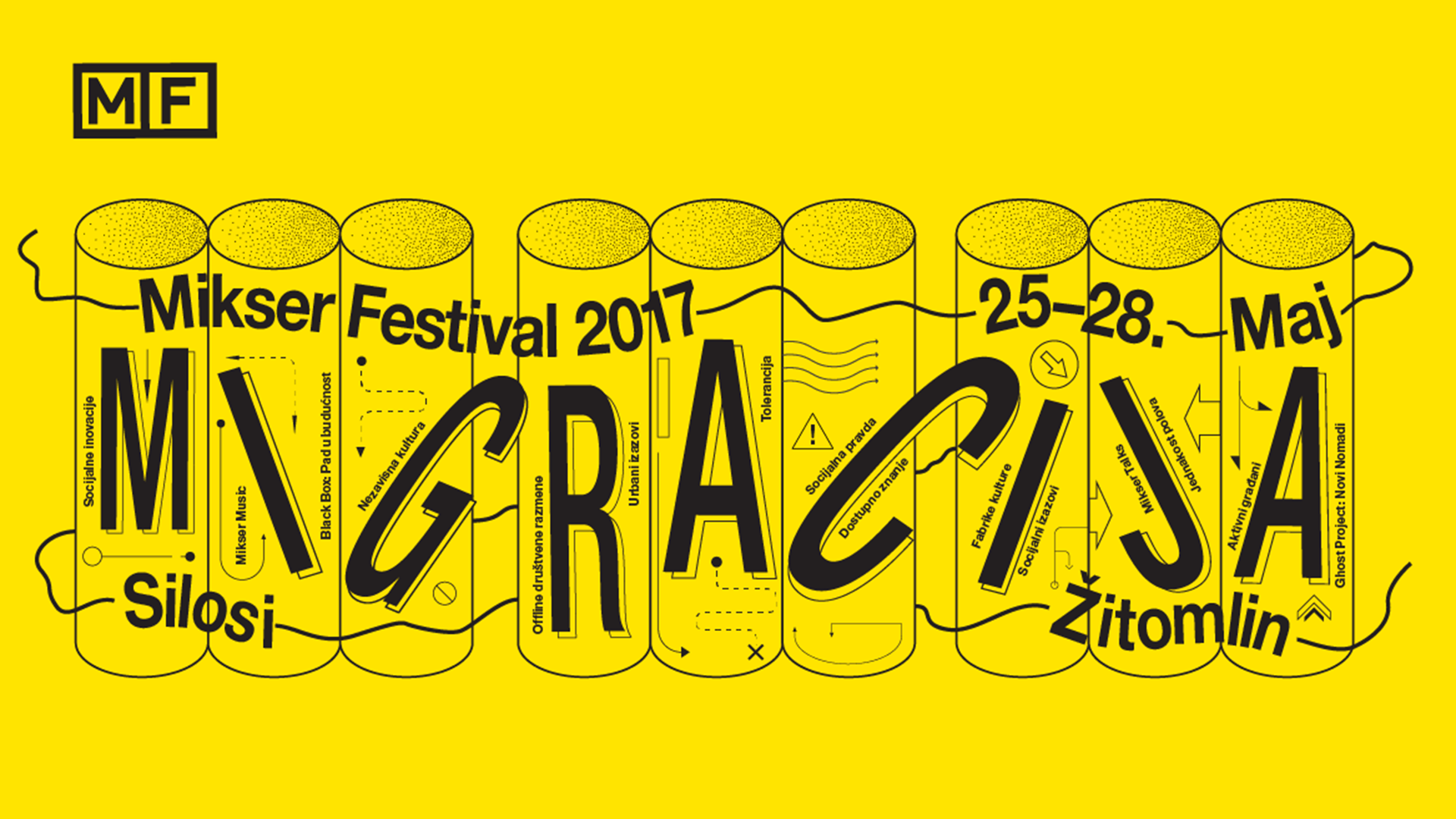 In 2017, the Mikser Festival returned to the silos of Zitomlin under the slogan “Migration”, to the place where it all began.

The focus of the festival was on establishing new relationships between the urban environment, society, art, nature, and technology, which gave rise to four main themes of the festival – migration, education on the move, cultural factories, nature of the city – which also reflected the most current challenges the social and cultural pattern to which the Mikser organization itself is confronted.

A special novelty of this year’s festival was a four-day creative camp that gathered young creatives from Serbia, the Balkans, and Europe under the slogan “Hacking the Future” around an interdisciplinary team solution of current social problems with the help of creative thinking and modern technologies. 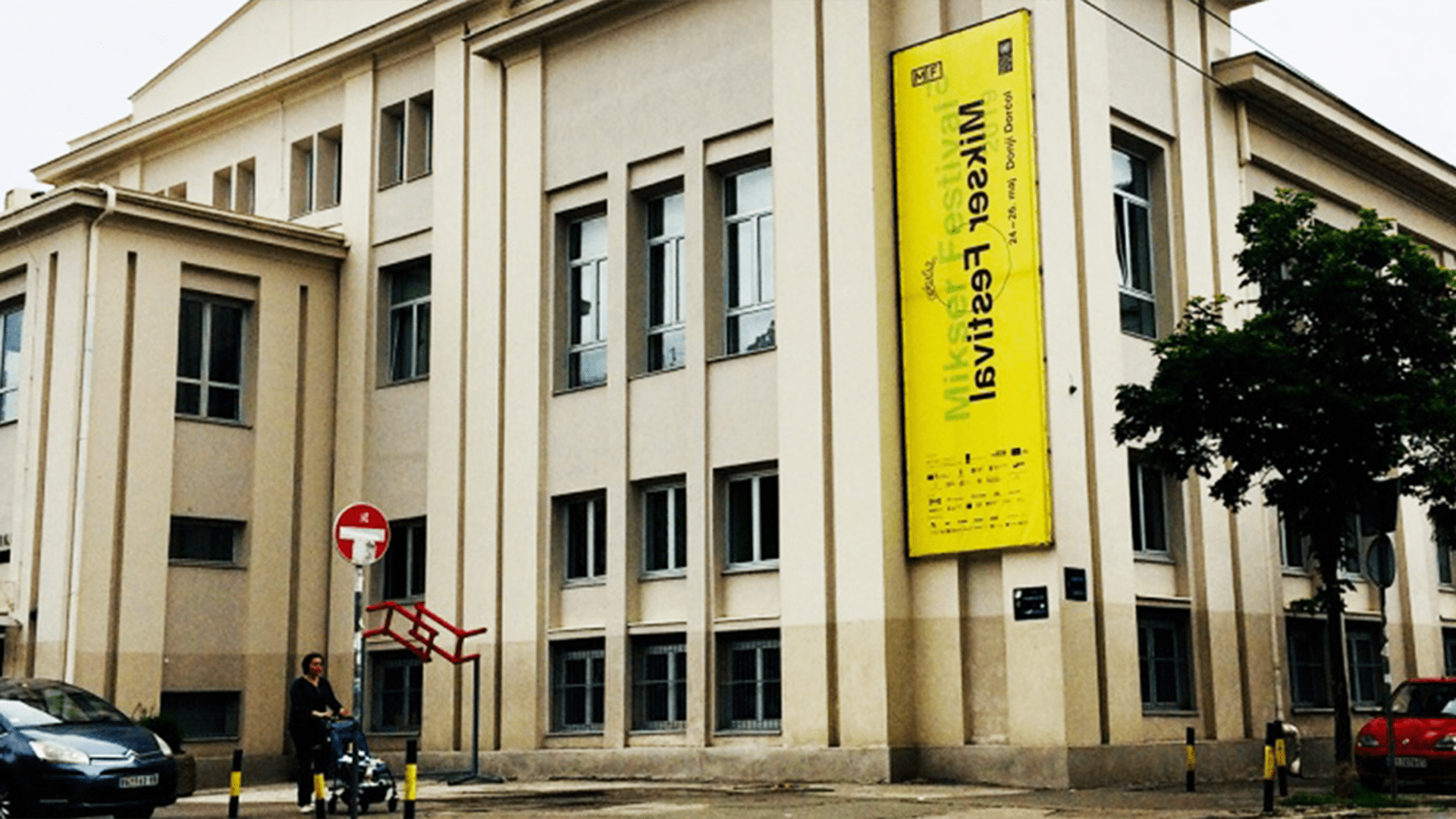 The cultural organization Mikser in 2019. presented its jubilee, tenth edition of the Mikser Festival at a new location in Donji Dorćol.

“Circulate!” – the slogan of the jubilee festival, which returned to the regional scene after a year-long break – symbolized a strategic partnership with the United Nations Development Program – UNDP to launch the Circular Economy Platform in Serbia, which will open a new chapter in cultural networking, creative and IT sector with experts for sustainable development.

The heart of the festival was the great international conference “Shift”. Ready to share their rich experiences with colleagues from the Balkans through lectures, discussions, and workshops, the world-renowned innovator Gunter Pauli from Belgium – a member of the Club of Rome and author of the Blue Economy concept, Ladeja Godina Košir – a driving force of the circular economy of Slovenia, Central and Eastern Europe, Kari Harlevi – Director of the Circular Economy Department of the Fund for the Future of Finland – SITRA, Tjaša Ficko, Deputy Mayor of Ljubljana responsible for the Ljubljana Green Capital of Europe 2016. project, Dalibor Mijatović as Robin Food, and many others. 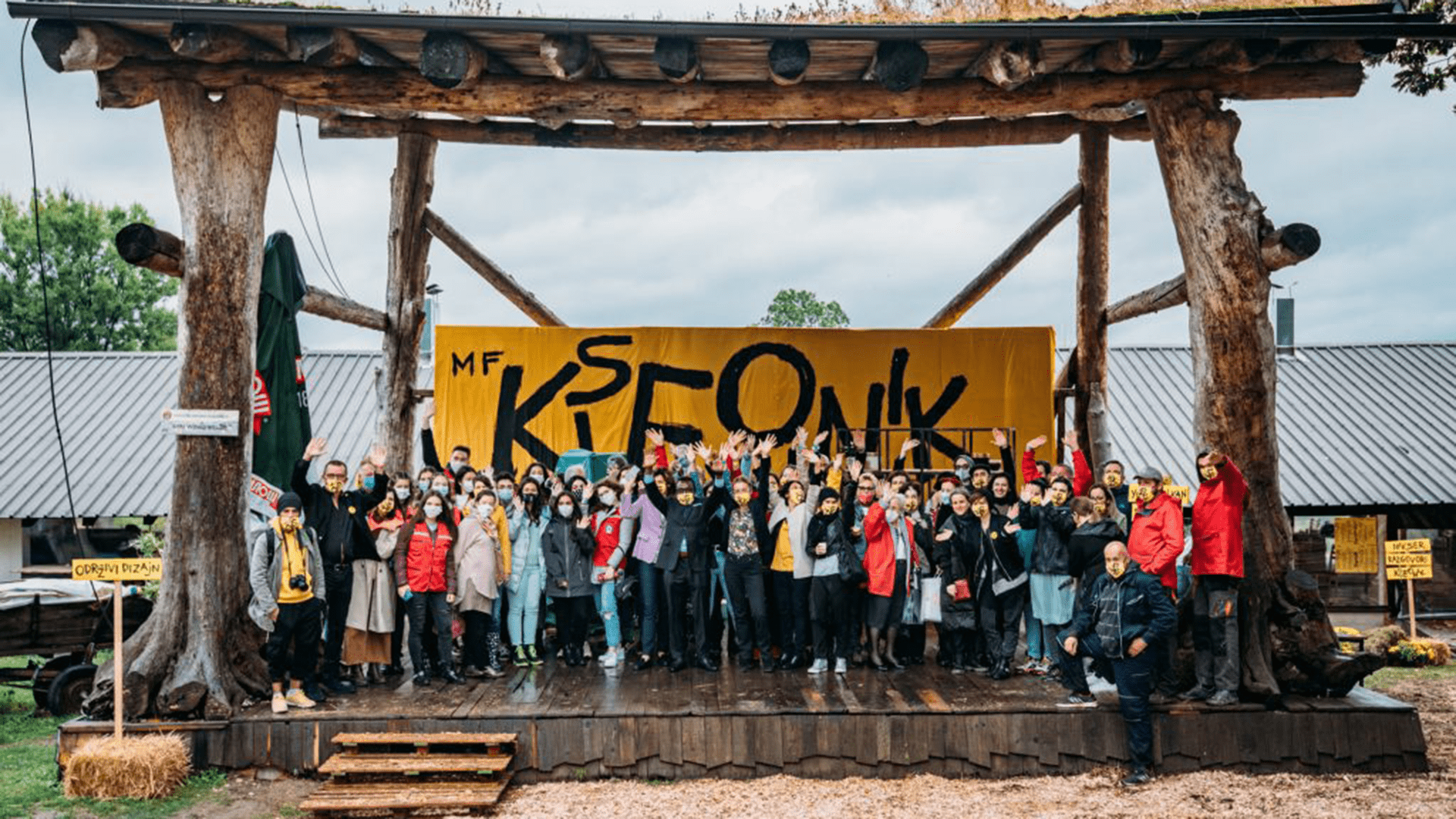 Mikser Festival 2020. under the slogan “Oxygen” was held in the natural environment of Zornica house, strongly colored by the atmosphere of the pandemic and finding innovative ways to establish social contacts and events in the new circumstances. The edition is designed as a ThinkThank gathering of experts, activists, and young talents who through discussions, lectures and workshops together thought about ways to “repair” our reality, in the direction of a healthy environment, circular economy, European legislation, and the Green Deal, gender equality, inclusion, and active aging, participatory urbanism, eco-design, engaged art, quality education, and free media. Program zones dedicated to design and art were an indispensable part of the festival this year through the participation of innovative designers of Mikser’s selection “Young Balkan Designers” who will be guests at the prestigious Milan Design Fair 2021, as well as the winners of the Black Box art competition who presented their visions of the monuments for the 21st century. 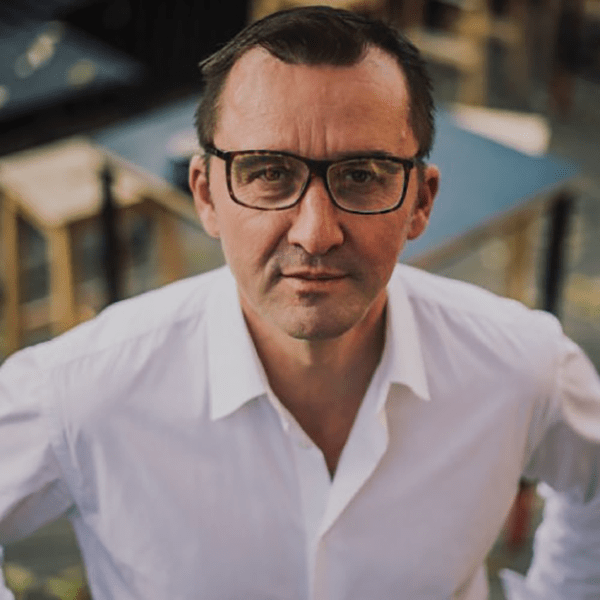 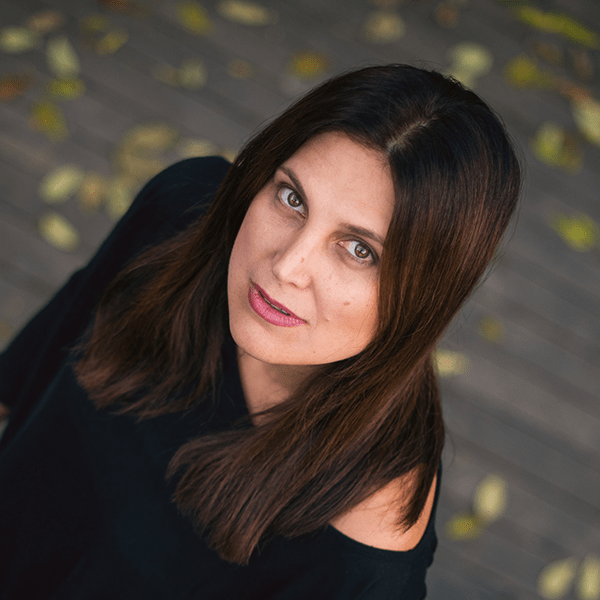 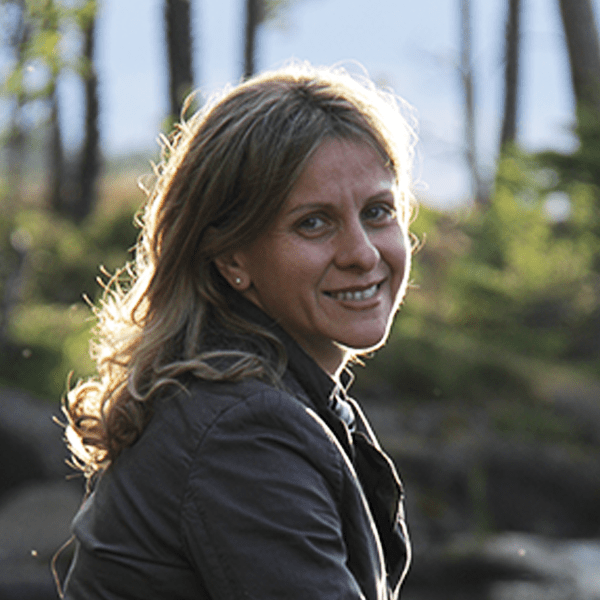 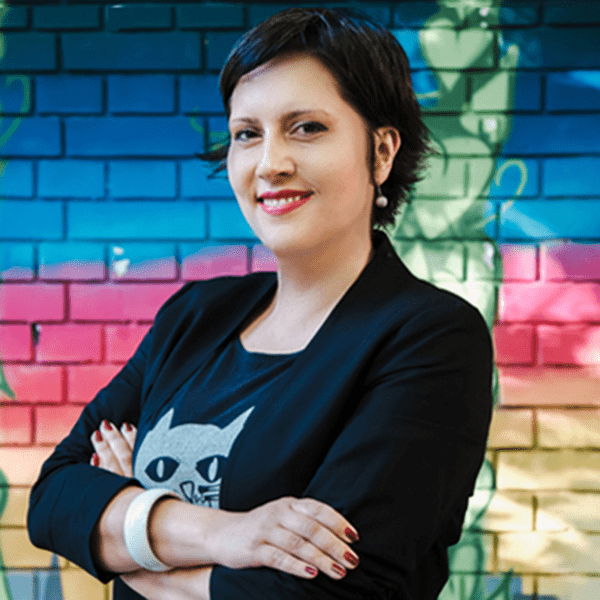 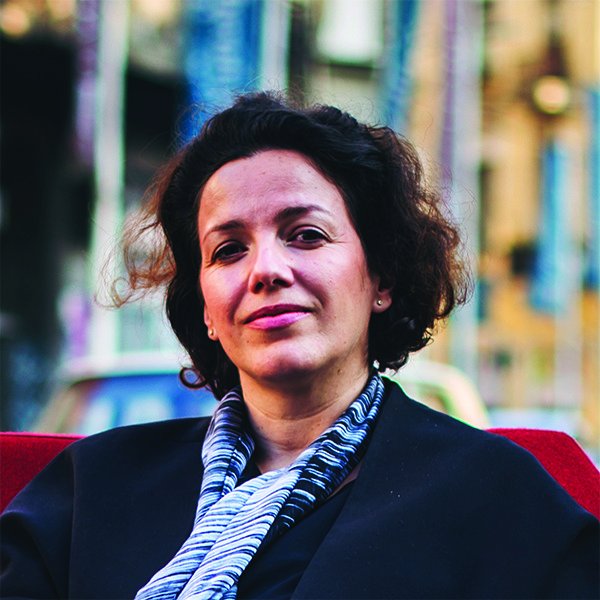 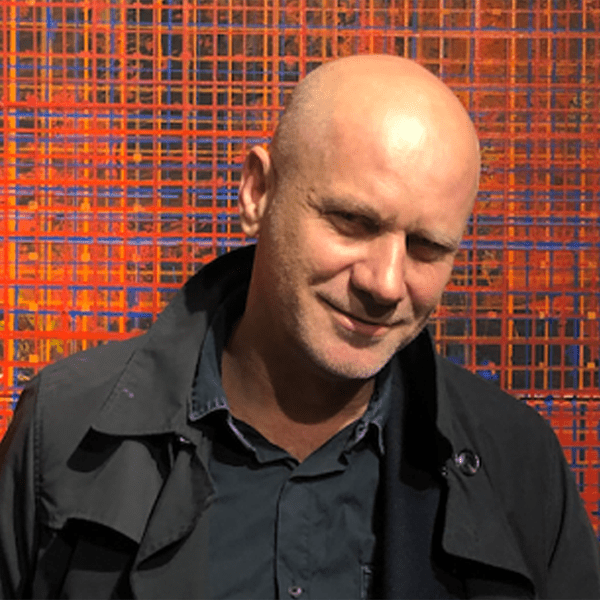 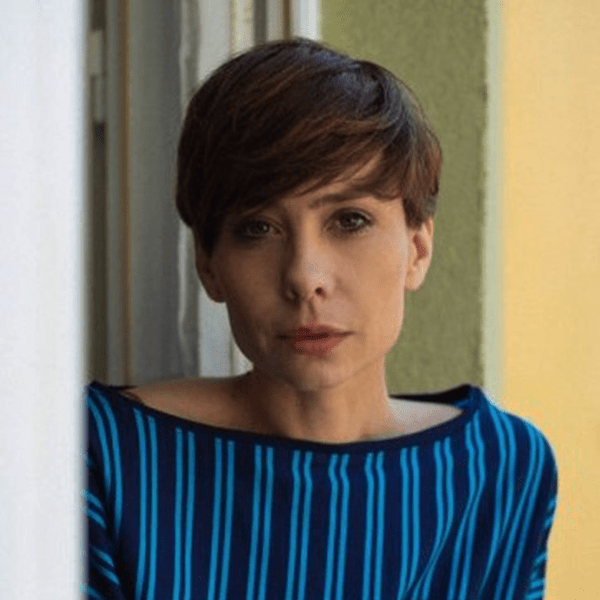 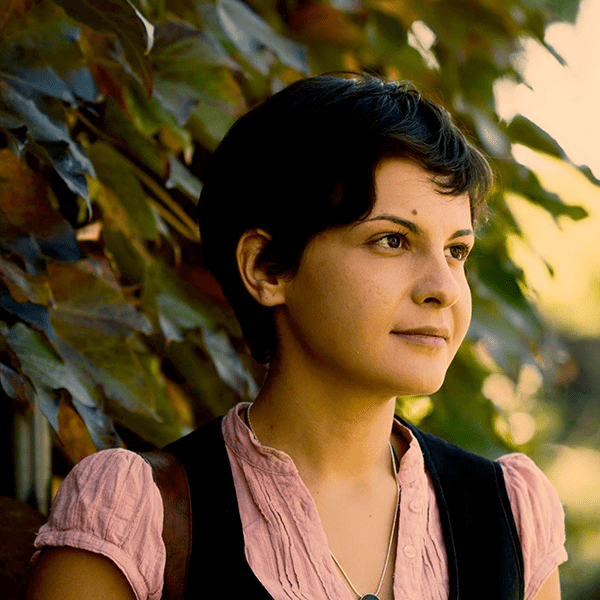 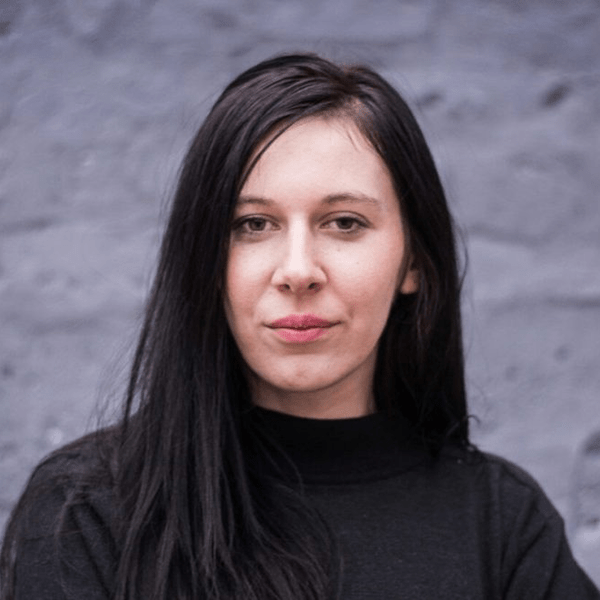 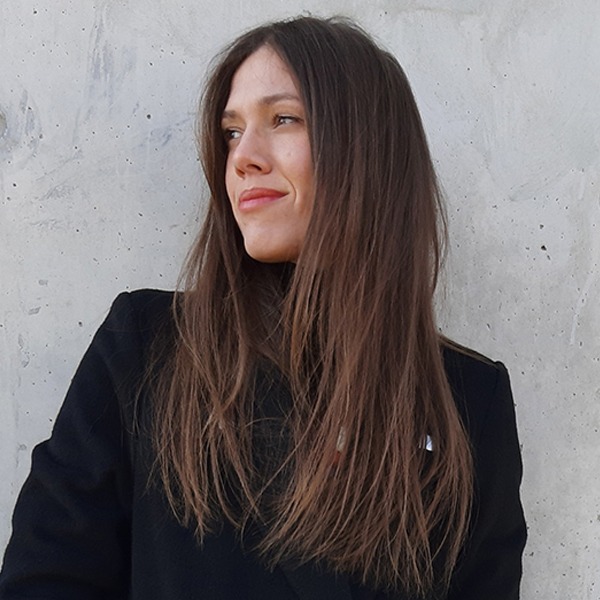 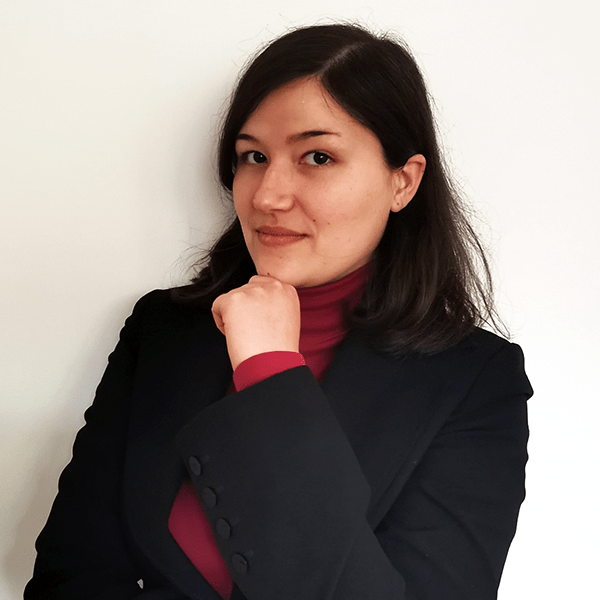 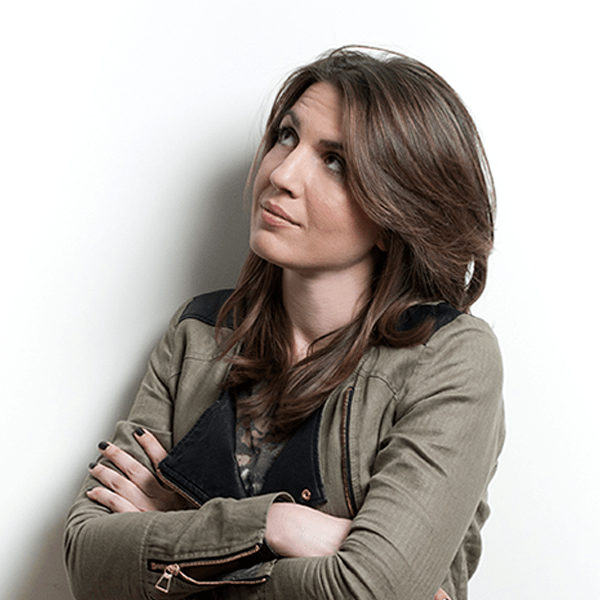